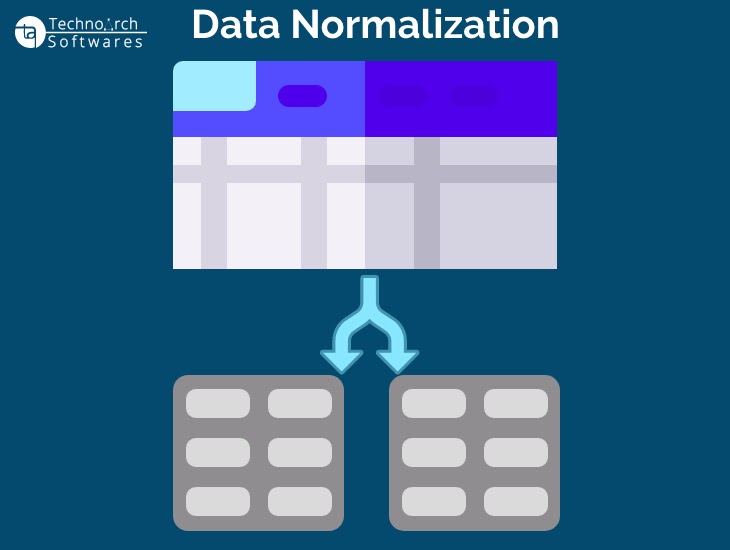 Nowadays Data that we have in the database is stored in enormous quantities, which makes retrieving the certain amount of data a tedious task if the data is not organized correctly. With the help of normalization we can organize the data and also reduce the redundant data. Through this article I will give you an insight of the normalization in SQL.

Now, let’s discuss what normalization in database is,

Database Normalization is an approach for organizing the data in a database inorder to remove the anomalies and keep consistent data . It is a process of decomposing tables into two or more tables which completely eliminates the data redundancy. It puts data into a tabular form by removing the duplicated data from its relational tables.

Is it really necessary to normalize the table present in the database?

Every table in the database has to be in the normal form, which might help in order to avoid such data anomalies -

Let’s understand this with an example -

The above table does not follow the 1st NF as the Content attribute contains multiple values. Let’s rearrange the table so that it follows the 1st NF.

For example we have a relational table of student, which have attributes like student_id and student_name

In this table we have a composite primary key, meaning more than one attribute is used to specify primary key, and here we have student_id + subject_id.

But as you can see the teacher column only depends on the subject_id and it has nothing to do with student_id. This is known as partial dependency, which means the relation is not in 2NF.

To remove the Partial Dependency or to bring the table in 2NF form, we need to break down the table into two parts -

As you can see, we have completely removed the partial dependency, now the teacher is fully dependent on subject_id which is a primary key.

This is an indirect relationship formed between the attributes which causes functional dependency. Let’s say if P -> Q and Q -> R is true, then P -> R is a transitive dependency.

In order to achieve 3NF, we are required to eliminate transitive dependency as shown below - For a table to be in BCNF which is also referred to as 3.5NF, first it should be in third normal form (3NF) and for any dependency A -> B, here A should be a Super Key.

Now this table is in 1NF as all the values are atomic and it also satisfies 2NF as there is no Partial Dependency as well as 3NF because there is no Transitive Dependency. But why does this table not follow BCNF?

As you can see here student_id and subject form the primary key, which makes the subject column a prime attribute. Here as subject is dependent on professor, Professor -> subject, but professor is not a super key. So, the table doesn’t satisfy the BCNF.

Let’s break the table to satisfy the BCNF -

In one table it holds the student_id column and newly created professor_id column. In the second table we will be having professor_id, Professor and subject columns. By doing this it will satisfy the Boyce Codd Normal Form.

And here we have reached the end of this article in which we got the understanding on Normalization and how we can correctly store the data in the database and avoid the anomalies completely.

Hope this article clears all your doubts regarding data normalization concepts. Please comment down below for further query and suggestions.