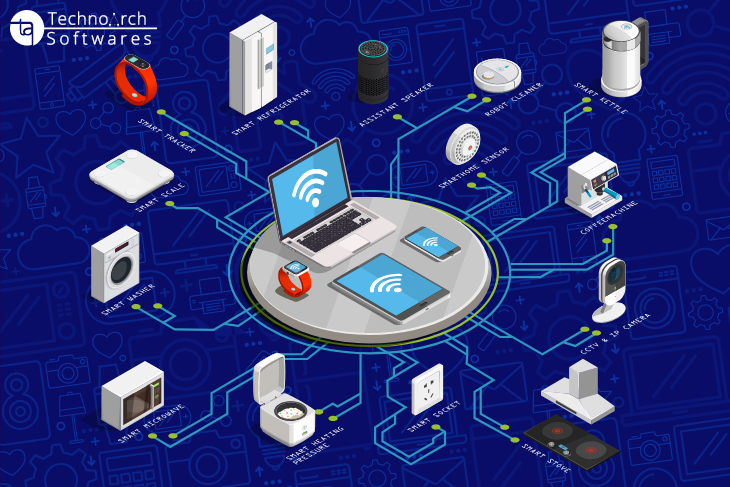 The internet of things is the physical devices around the world that are connected to the internet and sharing data over a network without human-to-computer or human-to-human interaction. With the Arrival of super-cheap computer chips and the ubiquity of wireless networks, it is possible to turn everything from small objects to any large objects into the part of IoT. Smart homes are the most popular example of IoT. It provides you optimum security and convenience. Imagine controlling the light from your remote to act like you are in the home for safety purposes as you are actually enjoying the holidays in Bali. Imagine turning on your air conditioner 15 minutes before you reach home for perfect room temperature. Convenience at its best right?

Why IoT is important

IoT has become one of the most important technologies these days that we can connect everyday objects like kitchen appliances, cars, baby monitors, etc to the internet via embedded devices to provide a secure, comfortable life for humans. It transfers the sensor data from the perception layer to the processing layer and vice versa through networks such as wireless, 3G, LAN, Bluetooth, etc.

It is also known as the middleware layer. It analyzes and processes huge amounts of data that come from the transport layer. It uses many technologies such as databases, cloud computing, and big data processing modules.

It is responsible for delivering application-specific services to the user such as smart homes, smart cities, and smart health.

It manages the whole IoT system, including applications, business and profit models, and users’ privacy. The business layer is out of the scope of this paper.

The concept of connected devices was introduced in the 1830s with the first electromagnetic telegraph which enabled direct communication between two machines with the transfer of electrical signals. However, the main history of IoT started with the invention of the internet(very important component) in the late 1960s.

IoT makes the appliances communicate with each other in an effective manner thereby saving and conserving energy and cost.

As many of our everyday appliances, machines are connected to the internet so information is readily available which makes it harder to keep confidential information out of the hands of hackers and other unauthorized users.

As our younger generation is a technology freak and they totally depend upon technology and its devices for every little thing. With the help of IoT, this dependency will increase in daily routines.

The IoT is a vast and diverse network, a single failure in the software or hardware can have disastrous consequences on the entire network due to the interconnectivity.

With rising automation, naturally, there will be fewer requirements for human resources and less educated staff, which may create employment issues in the unskilled labor sector. Organizations will have to come up with suitable replacements to avoid this.