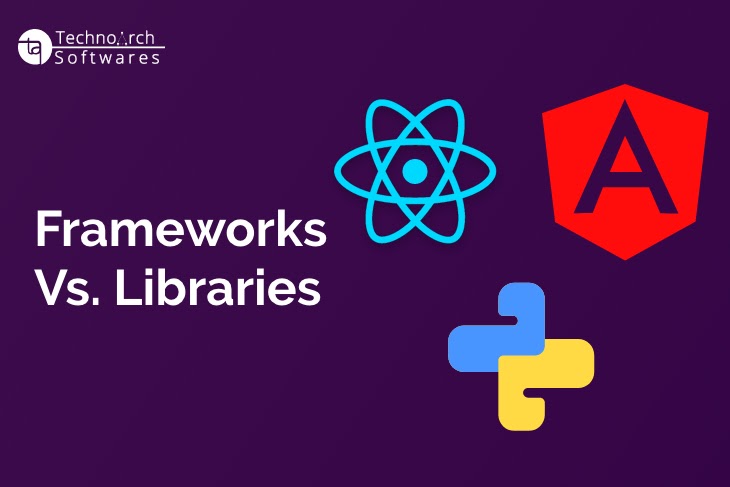 In general, the differential feature is a matter of control - frameworks determine how your project will be structured, while libraries are building blocks that can be used anywhere.

A framework is a platform for software programs. It provides a foundation on which software developers can build programs for a specific platform. According to the example, an outline may include functions and classes. Which can be used to process the inputs, handle the hardware devices, and interact with the system applications. The framework streamlines the development process because developers do not need to reinforce the wheel every time they develop a new program.

A framework is like an application programming interface (API), although technically a frame includes an API. It assists as a basis for programming while providing access to elements supported by an API framework. Sometimes an outline may also include a compiler, code library, and other programs used in the software development process. Different types of software frameworks exist.

Why do we use Framework?

A framework is one of the tools available to help you develop faster and better!

The framework gives you the result that you are developing an application that is fully integrated with business rules, which is structured and is both maintainable and upgradable.

Increasingly, as it enables developers to save time by reusing generic modules to focus on other areas. Without, however, being tied to the frame.

Although the front end has evolved, it is the first and most important task to display without app logic and an interface. That is why server-side frameworks are necessary.

With the most popular MVC-based server-side web frameworks are:

Using both of these server-side web application frameworks, you allow it to handle HTTP requests, database management, and handling in addition to URL mapping. But instead think about using a client-side framework, introducing additional user-engaging features and accountability.

The client-side framework is usually a JavaScript library and runs in a Web browser, such as React, Angular and etc.

With a server-side framework, your decision mainly depends on the language you feel comfortable developing. Here you should take into account the specific skills of various client-side frameworks. Since they differ in the area of ​​confirmed functionality, look for something that meets the needs of your future web app. 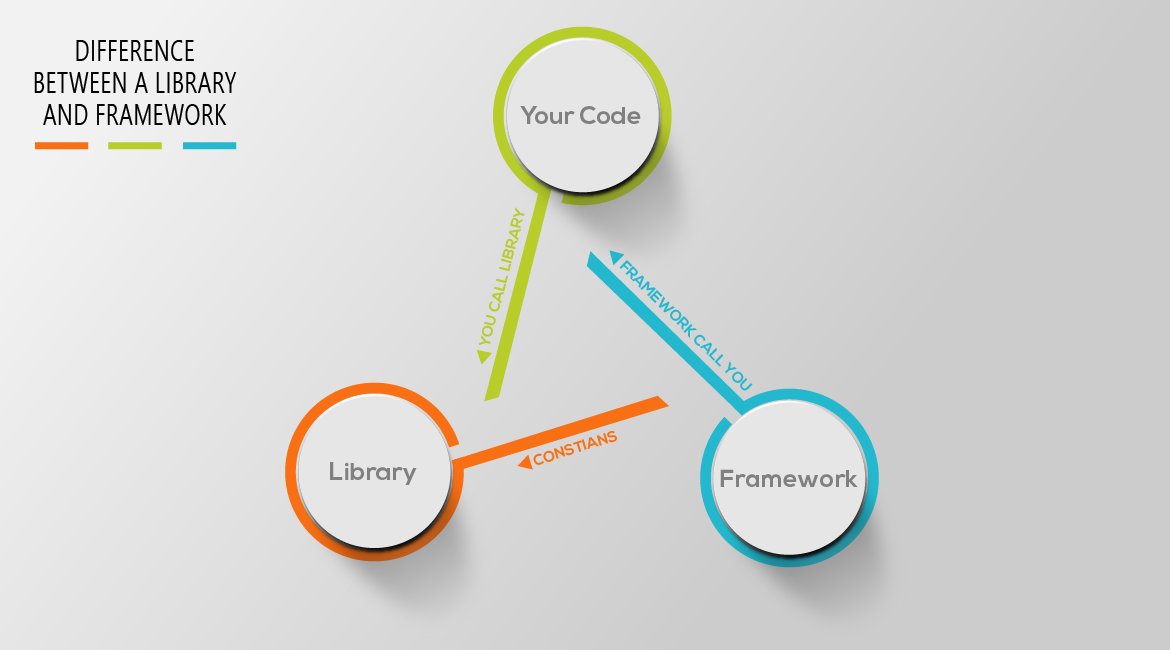 A library is a set of class definitions. The reason behind is code reuse, i.e., get the code which is already written by other programmers. Methods and classes define operations. There are a few libraries of mathematics that may let the function is called by a developer without redo the implementation of an algorithm works. Libraries precompiled for many reasons. Since libraries change, they don't have to recompile. It would be a consumption of time to recompile the library each time you wrote.

Sometimes the library can also be a set of implementations of behavior, written concerning a language, with a well-defined interface where the behavior is invoked. As an example, people who wish to write a higher-level program can use a library to generate system calls rather than implementing those system calls over and over again. Additionally, multiple applications provide for reuse of the behavior. A program invokes the behavior using a mechanism of this language. By way of instance, in a simple imperative language like C, the behavior in a library is invoked by using C ordinary function-call.

What is a Static Library?

What is a Dynamic Library?

One advantage of dynamic libraries is that a single copy, which saves space can be shared by programs. Maybe a bigger advantage is that the library can be updated without replacing the executables that use it all.

The main difference between a library and a framework is the "inverse of control". When you call a method from a library, you are in control. But with a framework, the control is reversible: the framework calls you.

Overall, the framework is more opinionated and libraries are more flexible. Both patterns of abstraction have their place in the world of programming.